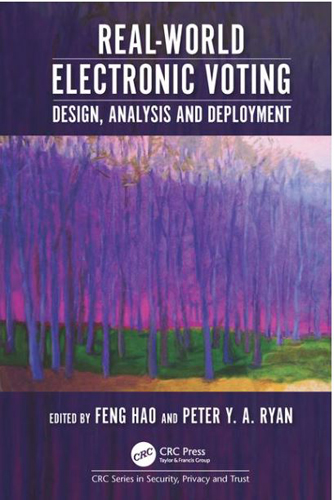 This book summarizes all major developments in electronic voting since 2003 in a real-world setting, following the storyline in an earlier book entitled "Secure Electronic Voting" published by Springer in 2003 (ed. Dimitris Gritzalis). It covers three broad categories: e-voting protocols, attacks reported on e-voting, and new developments on the use of e-voting. As generously agreed by the publisher, chapter authors are permitted to self-archive copies of their chapters, and all chapters are freely available two years after the publication of the book. If you like the book, you can order it from Amazon or CRC press.

Part I: Setting the scheme